Origins is this week!  We'll be packing up the family truckster and heading there on Thursday so I thought I would take the opportunity to list a few items that are on our radar to check out.

Number 1 for me is far and away Century: Spice Road from Plan B Games. This has been described as Splendor with more depth and strategy.

CMON has quite a few games we're wanting to look at as well.  Lorenzo il Magnifico comes from the same designers of Grand Austria Hotel and looks to be a good worker-placement game.  Also, the recently released Ethnos is an area control, hand-management game that's been getting lots of buzz.  We'll be spending a bit of time at the CMON booth checking out these and other new and recent releases.


Stronghold Games once again has a good lineup with releases like Not Alone and Fields of Green.  We're hoping to get demos on both of those with intent to buy. 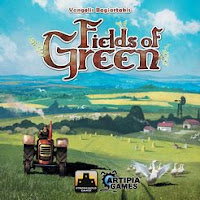 We're also excited to see a new offering from a company that hails from our neck of the woods.  Happy Harpy Games will be giving demos of their new game, Robot Rise! , ahead of their August 1st Kickstarter campaign.  Can't wait to see how it plays! 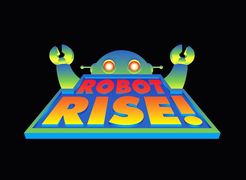 ...And these are but a very few of the games we'll be checking out this week.  We'll try to keep our twitter feed up-to-date with all of the cool things we see.  Stay tuned...
@whatsingame